AdvoWaste is your local alternative to professional, safe and reliable SC medical waste disposal services. We handle all types of biohazard waste and sharps removal for a wide variety of facilities in SC.

Services We Provide in SC

Clients We Service in South Carolina 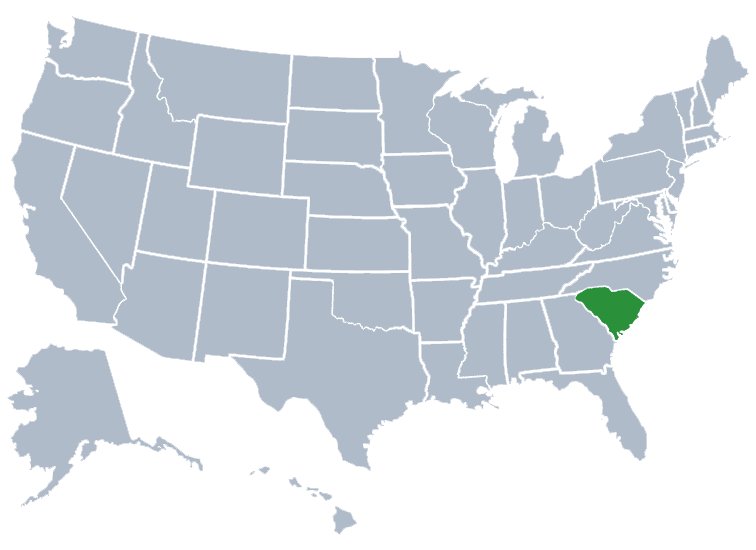 Counties We Service in South Carolina

South Carolina has many major lakes that cover about 683 square miles. Some of the lakes include, Lake Strom Thurmond, Lake Moultrie, Lake Murray, Lake Marion, and Russell Lake to name a few.

South Carolina doesn’t have any major league professional sports teams that are based here, but the Carolina Panthers have training facilities in the state and also played their Inaugural Season’s home games at the Clemson’s Memorial Stadium. The Carolina Panthers consider themselves “The Carolina’s Team” and had refrained from naming themselves after Charlotte or either or the Carolinas. South Carolina is also home to one of NASCAR’s first tracks and its first paved speedway, Darlington Raceway which is northwest of Florence.

South Carolina is home to Atlantic Ocean coastlines, botanical gardens, historic sites and southern plantations. South Carolina is home to Charleston where Fort Sumter is located. Fort Sumter is a site with pre civil war buildings that are still in tact. South Carolina’s vast Atlantic coastline is visited by many each year looking to experience and enjoy the beach, boardwalk, food, golf courses and varieties of shows and activities that Myrtle Beach and Hilton Head Island have to offer. South Carolina is also home to the Palmetto Trail. The Palmetto Trail takes you across lakes, mountains, and forests. There is a seventeen day and night festival located in Charleston called Spoleto. This is a music festival with established artists and musicians and new upcoming talent. In Congaree National Park there is Palmetto Outdoors here you can go tubing, kayaking and take tours and shuttles throughout the park. Congaree National Park is home to an impressive phenomenon where you can see fireflies sync their lights. There is so much to do and see in South Carolina. South Carolina is rich in beaches, activities and american history.

Cities We Service in The State of South Carolina