AdvoWaste is your local alternative to professional, safe and reliable NY medical waste disposal services. We handle all types of biohazard waste and sharps removal for a wide variety of facilities in NY.

Our pricing is simple and straightforward. We have no long term contracts, hidden fees or surcharges. Our customers love our super flexible "on call" or set scheduled NY medical waste pickup options. We will work around your busy schedule.

Services We Provide in NY

Clients We Service in New York 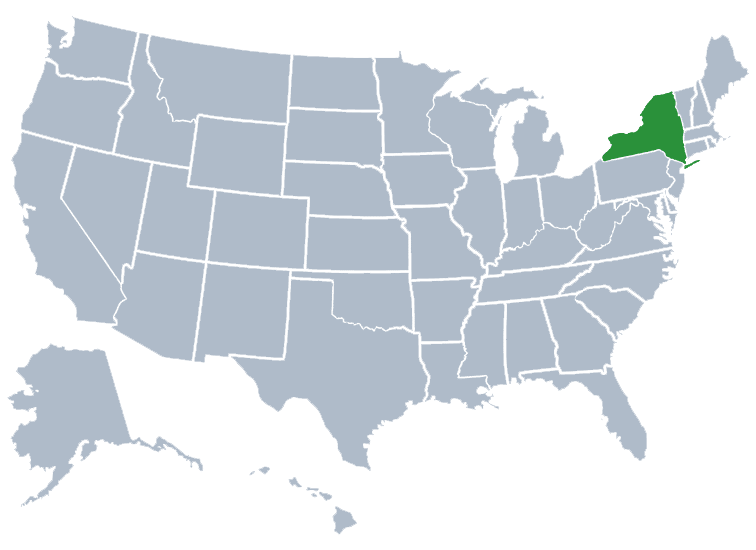 Counties We Service in New York

1. Superior Service
Our service is better than the competition. We offer quick and prompt biohazardous waste pickup services with the flexibility you need to meet your needs.

2. Guaranteed Lower Prices
We guarantee to save you at least 30% off of your current local medical waste disposal service in New York. We will provide you with an accurate price with a quick over the phone quote.

3. Simple Invoicing With No Hidden Fees
Our invoices are clear and easy to understand. We'll never hit you with any unexpected surcharges, environmental fees or administration fees. We guarantee that the price we quote you will be accurate.

4. Full Compliance With all New York State and Federal Medical Waste Regulations
Advo Waste is a fully licensed and insured NY medical waste disposal company, and we guarantee to remain in 100% full compliance. Our highly skilled staff can conduct a compliance review of your facility as well as train your employees in proper handling and disposing of medical waste in your office.

5. Professional and Responsive Service Staff
All of our employees are highly trained and certified in handling and disposing of your NY medical waste and sharps. They have passed background checks and are subject to random drug tests to ensure that we have the highest quality employees.

6. Our Money-Back Guarantee
If you’re not happy with our service, we promise to make it right or we’ll refund your service fee.

Types of Medical Waste We Handle

Biomedical waste is contained in a manner and location which provides protection from animals, the weather, does not provide a breeding place for insects or rodents, and minimizes any exposure to the public. The containers shall be labeled with the biohazard symbol so that it is readily visible from any direction. Biomedical waste must be stored in rigid containers leak proof containers and securely closed before transportation.

The largest city in New York is, New York City, which makes up for over 40 percent of the population of New York State. Two thirds of the state’s population lives in the New York metropolitan area, and nearly 40 percent of the people live in Long Island. New York City is the most populous city in the United States. It is also the premier gateway for legal immigration to the US. New York City is a global city and is home to the United Nations Headquarters. New York City has been described as the cultural, media, and financial capital of the world. It is also the world’s most economically powerful city. The next four most populous cities in the state of New York include, Syracuse, Buffalo, Rochester and Yonkers. The most populous counties in New York include, New York County, Bronx County, Queens County, Erie County, Richmond County, Kings County and Suffolk County to name a few.

New York has one of the oldest transportation infrastructures and the most extensive in the country. Besides the well known New York City Subway system, there are four suburban railroad systems that enter and leave the city. Metro-North Railroad, Long Island Rail Road, Port Authority Trans-Hudson as well as five of New Jersey Transit’s rail lines. The New York City Department of Transportation is the agency of the government of New York City, it is responsible for the management for a majority of New York City’s own transportation infrastructure. Other towns and cities in New York have urban and regional public transportation such as, Rochester has the Rochester Subway, Buffalo has the Buffalo Metro Rail. New York also has an AirTrain JFK which allows rail passengers to travel directly from John F. Kennedy International Airport terminals to the underground New York City Subway system.

New york is home to one of the most popular cities in all of the world, New York is center of all things financial, shopping and show business. New York City makes up more than 40% of entire state’s population. The geography of this popular state is vast with mountainous ranges in the north and Atlantic coastal towns in the southeast.

As one of the original Thirteen Colonies, New York is key in the history of America. Famous for its immigration hub, Ellis Island and the Statue of Liberty are popular tourist attractions to visit. Further north, people find themselves enjoying the Appalachian Mountains, as well as the Adirondacks. The diversity of New York’s over 19 million people has become a cultural phenomenon for those with a dream.

Cities We Service in New York