AdvoWaste is Nebraska's local alternative to professional, safe and reliable medical NE waste disposal services. We handle all types of biohazard waste and sharps removal for a wide variety of facilities in NE.

Clients We Service in Nebraska 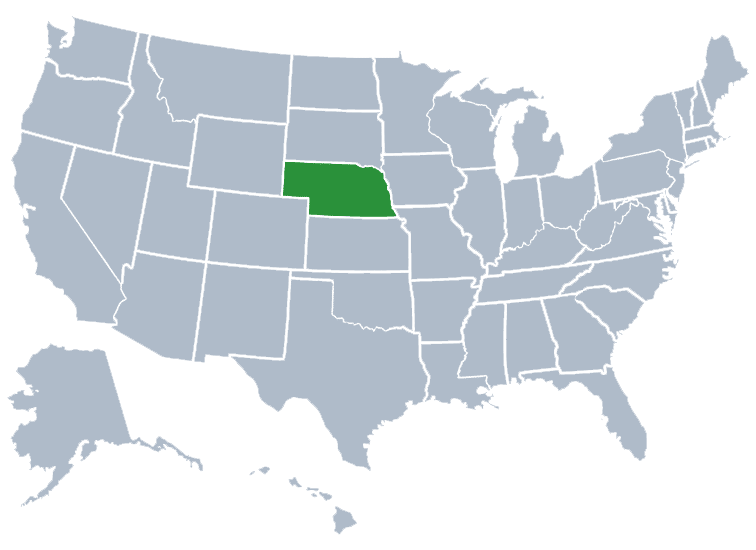 Counties We Service in Nebraska

1. Superior Service
Our service is better than the competition. We offer quick and prompt medical waste pickup services with the flexibility you need to meet your needs.

2. Guaranteed Lower Prices
We guarantee to save you at least 30% off of your current local medical waste disposal service in Nebraska. We will provide you with an accurate price with a quick over the phone quote.

3. Simple Invoicing With No Hidden Fees
Our invoices are clear and easy to understand. We'll never hit you with any unexpected surcharges, environmental fees or administration fees. We guarantee that the price we quote you will be accurate.

4. Full Compliance With all Nebraska State and Federal Medical Waste Regulations
Advo Waste is a fully licensed and insured NE medical waste disposal company, and we guarantee to remain in 100% full compliance. Our highly skilled staff can conduct a compliance review of your facility as well as train your employees in proper handling and disposing of medical waste in your office.

5. Professional and Responsive Service Staff
All of our employees are highly trained and certified in handling and disposing of your medical waste and sharps. They have passed background checks and are subject to random drug tests to ensure that we have the highest quality employees.

6. Our Money-Back Guarantee
If you’re not happy with our service, we promise to make it right or we’ll refund your service fee.

Types of Medical Waste We Handle

Biomedical waste is contained in a manner and location which provides protection from animals, the weather, does not provide a breeding place for insects or rodents, and minimizes any exposure to the public. The containers shall be labeled with the biohazard symbol so that it is readily visible from any direction. Biomedical waste must be stored in rigid containers leak proof containers and securely closed before transportation.

Nebraska is the 37th state of the United States of America. It is located in the Great Plains, and is bordered by Kansas, Iowa, South Dakota, Colorado and Missouri. It is the only triply landlocked U.S. state and home to almost 1.9 people. Nebraska’s name translates to “flat water” named after the Platte River that flows through the state. Indigenous peoples lived in the region for thousands of years before the Europeans arrived. Some local tribes included the Sioux, Otoe, Pawnee, Omaha and Missouria to name a few. In the 1860’s, the United States government forced many of the native american tribes to relinquish their lands and settle on reservations. This opened up large tracts of land that were used for agricultural development. As a result, thousands of settlers migrated to Nebraska and under the Homestead Act they claimed free land that the federal government granted.

In the 20th century, Nebraska was home to rioting over race and immigration. In 1909, the Greektown Riot occurred after increased Greek immigration. In late September of 1919, the Omaha Race Riot occurred, and multiple fatalities were reported. Following the riots, Nebraska became home to diverse culture related to the arts.

During the late 19th century, many African Americans migrated to Nebraska as part of the Great Migration. In 1912, African Americans founded the Omaha chapter of the NAACP to work for improved conditions in the state.

Cities We Service in Nebraska