The city of Jamestown, in conjunction with Hope Chautauqua/Prevention Works, will be installing 8 AdvoWaste Medial Waste kiosk boxes.

Jamestown Mayor Eddie Sundquist told The Post-Journal the city has not received the boxes yet, but submitted its application with Hope Chautauqua/Prevention Works to the state. 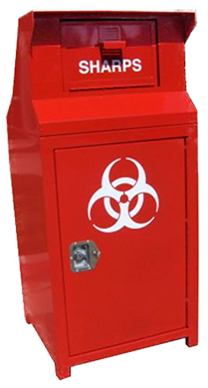 “We have submitted for eight locations in the city based on the analysis of our Parks Department, police, fire, and public works,” he said.

In July, the Jamestown City Council approved entering into an agreement with Hope Chautauqua/Prevention Works to acquire the containers for syringe disposal, with medial waste costs covered by the state for one year.

In June, the council heard a presentation from Kari Huels and Kelley Potter of Prevention Works about the syringe disposal program. 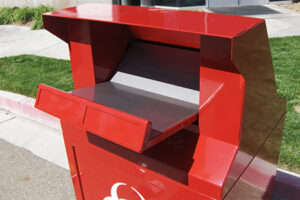 Huels toured the city with Dan Stone, city parks manager, to see some of the areas in the city that are problematic when it comes to syringes not being disposed of properly. These areas included city parks like Panzarella and Dow, the Greater Jamestown Riverwalk and city parking garages. She said Chautauqua County is considered a high-intensity drug area, so Jamestown should be approved for the program.

Huels said this a multiagency effort, and she is also working with the Jamestown Police Department and Chautauqua County Sheriff’s Office.