Many people are not aware of the dangers of flushing or throwing away leftover drugs. When drugs are flushed down the toilet or thrown in the trash, they can end up in our waterways, where they can pose a threat to people and wildlife. Studies have shown that even low levels of prescription drugs in waterways can cause serious health problems in fish and other animals. In addition, there is growing evidence that exposure to these chemicals can also impact human health. For example, one study found that children who were exposed to higher levels of certain drugs in utero were more likely to experience ADHD and other problems.

While the problem of pharmaceutical contamination is a serious one, there are some simple solutions that everyone can adopt. For example, many pharmacies now offer drug take-back programs, where unused medications can be safely disposed of. In addition, it is always best to follow the instructions on the label when disposing of any medication. By taking these simple steps, we can help protect our waterways and safeguard our health. Each year, countless Americans suffer from accidental poisonings due to unused or expired medicines that have been left lying around the house. In many cases, these medications end up in the wrong hands, usually children who are curious and exploring their environment. According to one study, between 2000 and 2015, U.S. Poison Control Centers received an average of 32 calls per day about children who had accidently ingested opioids that had either been stored or disposed of incorrectly. While some of these kids suffer no ill effects, others end up in the hospital with serious health problems, or even die. To prevent such tragedies, it is important to properly store and dispose of all medications, regardless of how innocuous they may seem. By taking simple precautions, we can protect our loved ones from accidental poisonings.

The U.S. Drug Enforcement Administration’s National Take-Back Day is an event where people can bring their unwanted or unused pharmaceuticals to designated collection sites. The pharmaceuticals are then properly disposed of so that they won’t end up in waterways or Medicine cabinets, where they can be unintentionally used or abused. This event happens once a year and has been very successful in preventing drugs from getting into the wrong hands and being disposed of improperly. If you have any unwanted or unused pharmaceuticals, be sure to dispose of them in a local medical waste kiosk, or take them to your nearest collection site on National Take-Back Day. 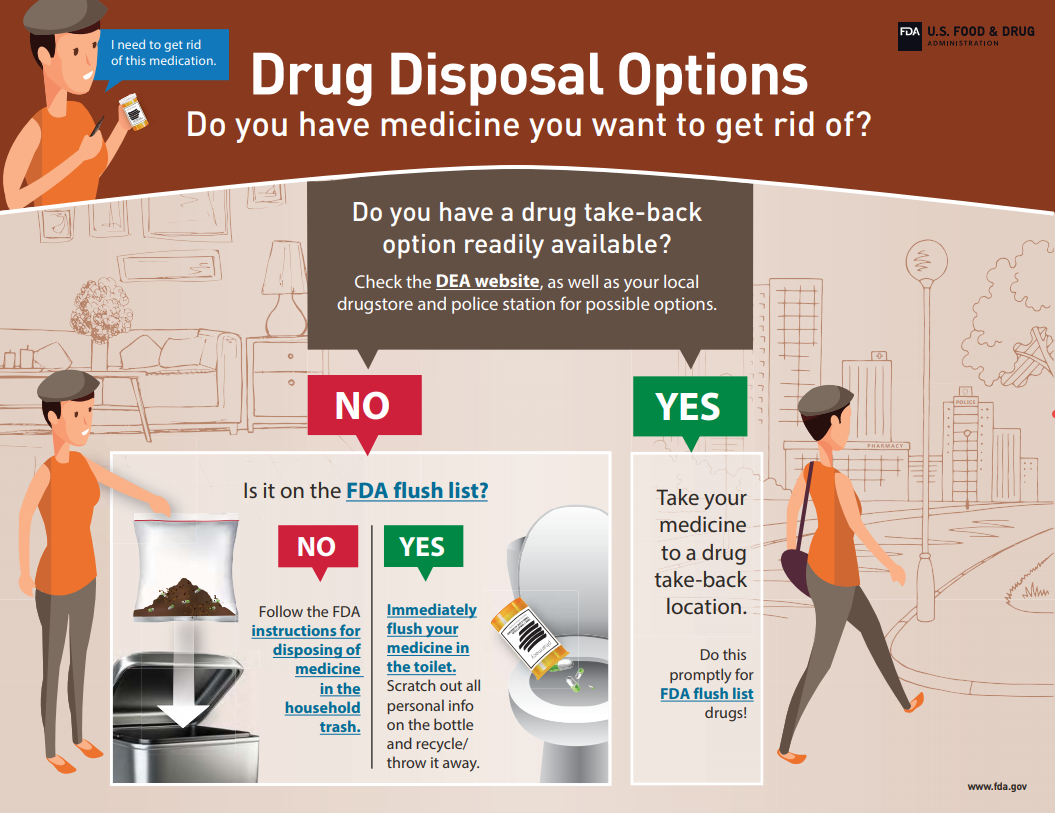 According to a study conducted by the National Association of Boards of Pharmacy, only 22 percent of Americans are aware that their state has a drug donation program. This lack of awareness is likely due, in part, to the fact that these programs are relatively new. Iowa’s program, SafeNetRx, was established in 2007, and Georgia’s program formally launched in 2018. Despite their recent inception, these programs have been hugely successful. SafeNetRx has served more than 117,000 patients and redistributed nearly $54-million worth of medication and supplies. Georgia’s program has already filled prescriptions worth over $50 million. Given the success of these programs, it is likely that other states will establish similar programs in the future. As awareness of these programs increases, more people will be able to take advantage of this valuable resource.

Disposing of medications in the trash or down the drain has become the norm for many people, as it is seen as the more convenient option. However, experts are now hoping that more people will start to use voluntary donation programs or take-back programs for their unused medications. The main reason for this is because it can help to prevent environmental contamination. When drugs are disposed of in the trash, there is a risk that animals will get into the garbage and consume them. Additionally, when drugs are flushed down the drain, they can end up in our water supply and contaminate it. By donating or taking back unused medications, we can help to protect our environment and keep our water supply clean.